Measurements in the field on dry days indicate that when the traps of Dionaea muscipula (Venus’ flytraps) close, they capture prey about 40% of the time at one site and 44% at another. The 60% and 56% of traps that close but do not catch prey reach their maximum closure on average in about 10 minutes, begin reopening in about 7 hours and completely reopen in 22 hours. Traps that have captured prey tighten along their rims, sealing the lobes and forcing the margins outward into a “narrowed” condition that takes 4 to 6 hours to achieve. Reopening of narrowed traps begins, on average, after 9.2 days and they are fully open in 12.8 days. A few traps that capture large prey never reopen. In dry weather closure frequency of traps capable of closure was low, averaging 3.5%/day at one site and 3.1%/day at another. At both sites the capture frequency of traps capable of closing was only 1.4%/day. The low frequency of capture, and high percentage of closures that result in capture, indicate that the low capture frequency is due to a low number potential prey entering and triggering the trap rather than a low efficiency of capturing the prey that enters. Traps that close, but fail to capture prey, have been observed to be triggered by insects, spiders, snails, and even toads that were far too large to be captured. A few captured beetles have been observed to force their way out of trap lobes. Dionaea traps capture prey at all hours of the day. The capture frequencies are variable and are not significantly higher in any specific time period. Both nocturnal and diurnal animals were captured. 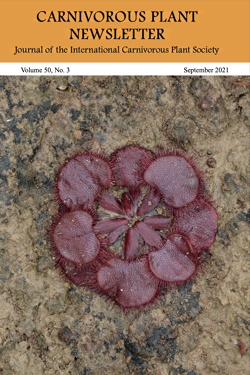