Dionaea flowers are pollinated by insects, primarily bees, in both their native habitat in the Carolinas and in the population growing from seed scattered many years ago in the Florida panhandle, the location of this study. The green sweat bee (Augochlorella sp. is a major pollinator in both habitats, while various flower visiting beetles play a prominent role in the Carolinas and bumblebees (Bombus sp.) play a major role in the Florida population. Flowers open in late morning and pollen is on anthers arrayed directly above the center of the flower by 11:30 EST. Twenty-four hours later the stamens have bent so that the anthers are at the periphery of the flower and the stigma has expanded, presenting a papillate surface receptive to pollen. Insects visit the flower between 11:30 EST and 18:00 EST. Rewards for pollinators are pollen and nectar from glands at the base of the petals. Possible attractants include the bright white radially symmetrical corolla with radiating grey veins, and on the second day, the radially displayed stamens that may act as a 'nectar guide'. No markings on the petals are visible in the ultraviolet light but the pollen-laden anthers are UV-fluorescent and would stand out as a ring of dots to any UV-perceptive insect. 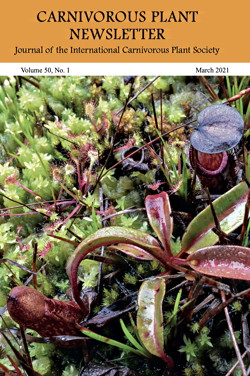