In pursuit of Mexican Pinguicula: a journey to northwestern Oaxaca

After much planning and aligning our schedules, we finally defined the dates to visit populations of various Pinguicula species in northwestern Oaxaca, Mexico. It is essential to highlight that the state of Oaxaca has the greatest biodiversity in Mexico, as regard to vascular plants, it has 10,299 species, of which 4,071 are endemic to the state (Villaseñor 2016). It is also the state where it is possible to find most Pinguicula species (Table 1). Fifteen species have been reported, including the recently described P. pygmaea (Rivadavia et al. 2017). Also, some of these species are controversial and under taxonomic discussion, i.e., P. rectifolia and P. medusina, whereas others have not been seen since they were first collected (P. greenwoodii and P. utricularioides). 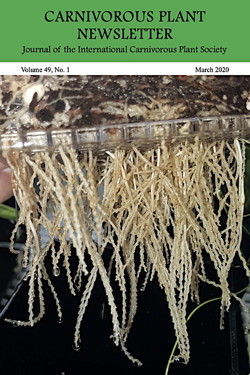