Drosera filiformis, D. tracyi, and their hybrids: a photo essay

The taxonomic relationship of Drosera filiformis Raf. and Drosera tracyi Macf. has been mired in controversy for over a century (Rice 2011). Part of the reason for the controversy is the plants are similar to each other and quite different from the other North and South American Drosera section Drosera species (see Fleischmann et al. 2018 for species no longer considered to be in section Drosera). Another part of the reason is classical taxonomists make decisions based on dead, dried plants. The taxonomically valid differences between D. filiformis and D. tracyi are subtle. The purpose of this photo essay is to document the similarities, differences, and possibly unexpected behaviors of live plants to inform us on how to consider D. filiformis, D. tracyi, and their hybrids. 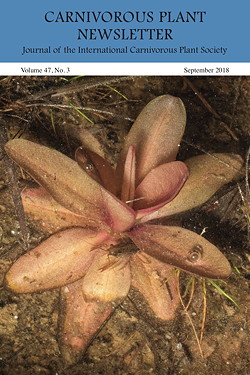