I'm not dead yet, re-finding Drosera x hybrida in the wild

In his 2011 CPN article “Drosera × hybrida rest in peace”, John Brittnacher (2011) declared D. × hybrida extinct in the wild. Indeed, the cover photo was one that I took, which, as it turned out later, would be the last known photo of that hybrid in the wild at that time. I am writing this article as an update to John’s 2011 article by adding six new locations of D. × hybrida in two counties of southern New Jersey. 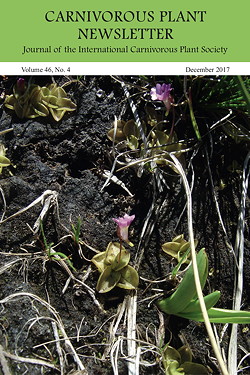