The species that comprise Drosera section Prolifera, Drosera adelae, D. prolifera, and D. schizandra, or as commonly known, “The Three Sisters”, are endemic to Far North Queensland. They are unique to the genus in that they are found growing exclusively in rainforest habitat. Over the past 8 years the authors have made four separate field trips to observe these unusual and uncommon Drosera. The literature published to date on these taxa is general, often based on observations of cultivated plants. One can easily form the superficial view that they grow relatively close to each other in similar micro-habitats, it is only when herbarium sheets, field observations, and personal accounts are scrutinized that a different story emerges. The objective of this account is to show the broad area these species occur and to highlight the similarities and differences in their micro-habitat. Australia is a vast continent and the area that these species inhabit is approximately a 400 km stretch of hinterland that runs roughly parallel to the coast from Townsville, north to Cape Tribulation. 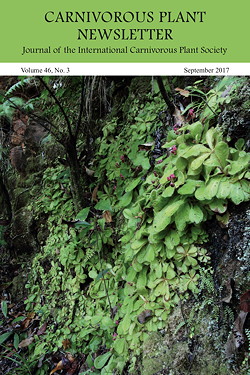