Deep in the web, up in the hills: the discovery of Drosera magnifica, the 'Facebook sundew'

Social media are part of the daily life in the modern society: we follow the news on Twitter, share funny gifs on Tumblr, post selfies on Facebook, spread scientific papers on ResearchGate, and share experiences and trade plants in the discussion forums. Among all possible connections achieved by the social media, one that has always captivated me is the bridge they created to connect professional biologists to “citizen scientists”. From the age of the forums to Facebook, I’ve been following with keen interest posts with photos of carnivorous plants in their natural habitats in Brazil and abroad, and many new regional records were found that way, and even species discoveries and re-discoveries. 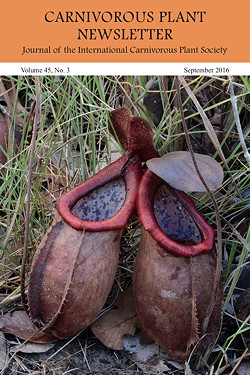