Resolution of the relationships within the North American pitcher plant genus, Sarracenia

The North American pitcher plants (Sarracenia) are arguably one of the most charismatic groups of carnivorous plants and have garnered a great deal of attention for their diversity in trapping structures. The first Sarracenia specimen was described as early as 1570, and since then, the relationships among the species have remained an enigma for researchers. Originally, there were several attempts at describing relationships among Sarracenia through morphological measures, but with little consensus. The first genetic studies did little to improve our understanding of the relationships within Sarracenia, but did identify Darlingtonia californica (Cobra Lily) as the most ancient of the Sarraceniaceae family, with Heliamphora sharing a recent common ancestor with Sarracenia. The most recent genetic approach attempted to uncover species relationships using eight genes provided some resolution within the genus, most species relationships remained a mystery; however, they were able to date the genus to roughly 0.5-3 million years old, which is extremely recent in evolutionary time. In addition, members of the Sarracenia genus are prone to rampant hybridization with one another, making it even more difficult to determine the relationships among species. 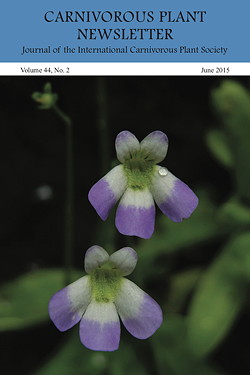