Long Island, New York is the largest and most populated island in the contiguous United States and was formed by glacial terminal moraines and outwash plains which created many unique ecosystems. Home to sixteen species of carnivorous plants, there are three sundew species that are native of which Drosera filiformis are quite unmistakable with their long, threadlike leaves that grow erect. The other two species, D. rotundifolia and D. intermedia, normally grow as rosettes and appear to be quite similar to one another, but can be differentiated by a few notable characteristics. 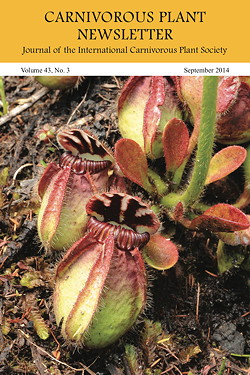